Vadodara District is a district in the eastern part of the state of Gujarat in western India. The city of Vadodara (Baroda), in the western part of the district, is the administrative headquarters. Vadodara District covers an area of 7,794 km². It had a population of 3,641,802 of which 45.20% were urban as of 2001 census. As of 2011 it is the third most populous district of Gujarat (out of 33), after Ahmadabad and Surat.
The district is bounded by Panchmahal and Dahod districts to the north, Anand and Kheda districts to the west, Bharuch and Narmada districts to the south, and Chhota Udaipur to the east. The Mahi River passes through the district.

Places of interest in Vadodara, Gujarat 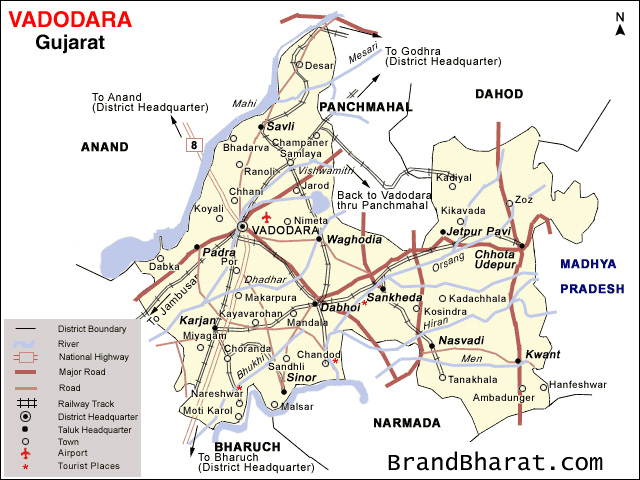