Surat District's total area is 4,418 km2, and the density of Surat District was 1,376 per km2 at the 2011 Census. The region has the highest population density in the State, followed by Ahmedabad region.

Places of tourist interest in Surat are the old fort build by Muhammad- Bin- Tughlaq, the Unai hot spring, the beautiful beaches of Ubharat and Tithal, the villages of Bardoli and Dandi where Gandhiji started Satyagraha movement and Dandi march respectively. The Vansada National Park in Surat is famous for the wild boars, leopards, tigers, panther it houses.

Places of interest in Surat, Gujarat 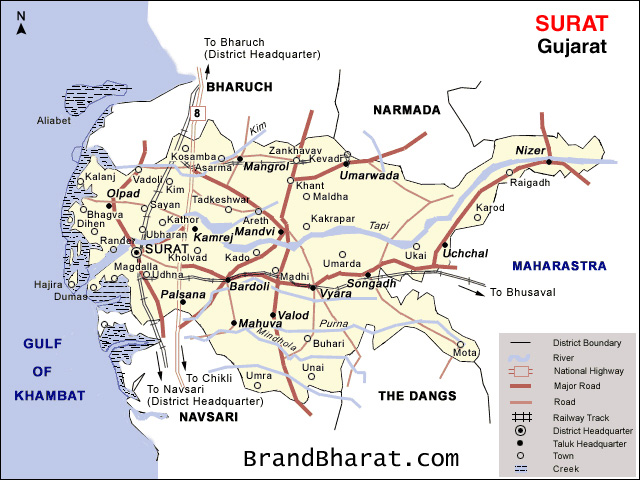