Mehsana is one of the 33 districts of Gujarat state in western India. Mehsana city is the administrative headquarters of this district. The district has a population of over 18 lakhs and an area of over 4,500 km². There are over 600 villages in this district. It had a population of 1,837,892 of which 22.40% were urban as of 2001.

Places of interest in Mehsana, Gujarat

Boter Kotha ni Vav, a stepwell, is located opposite crematorium in Ambaipara area. Though connected to Lakha Vanzara by folklore, it is constructed of bricks and sandstone during the reign of Mughal emperor Aurangzeb. It is also known as Interi Vav thus. There is an inscription of Samvat 1731 (1674 CE) in Persian and Devnagari scripts. According to it, it was commissioned by Shah Gokaldas of Shrimali caste and Laghu Shakha and his mother Manabai for public welfare. It is 45 to 50 feet deep. It is eleven floors deep and had unique twin wells. It was repaired during Gaekwad era. It is now neglected and filthy. 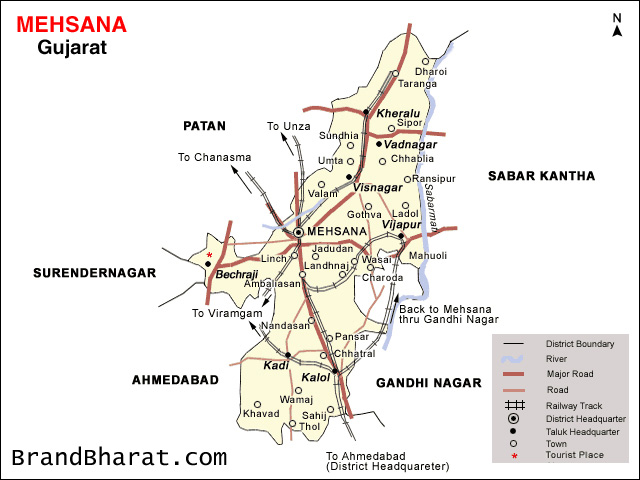