Anand District is an administrative district of Gujarat state in western India and is popularly known as Charotar. It was carved out of the Kheda district in 1997. Anand is the administrative headquarters of the district.

Places of interest in Anand, Gujarat 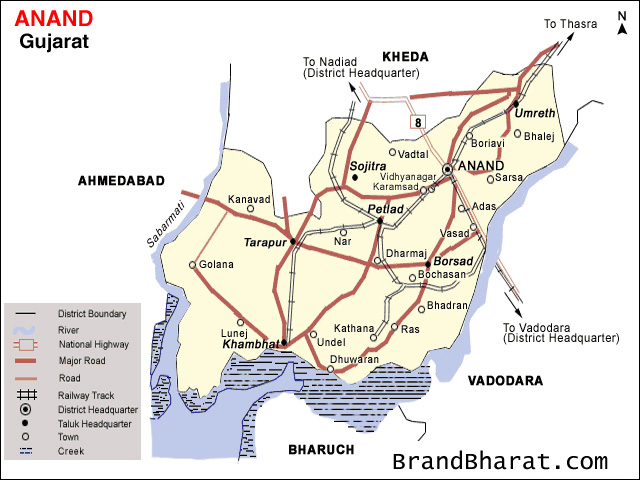