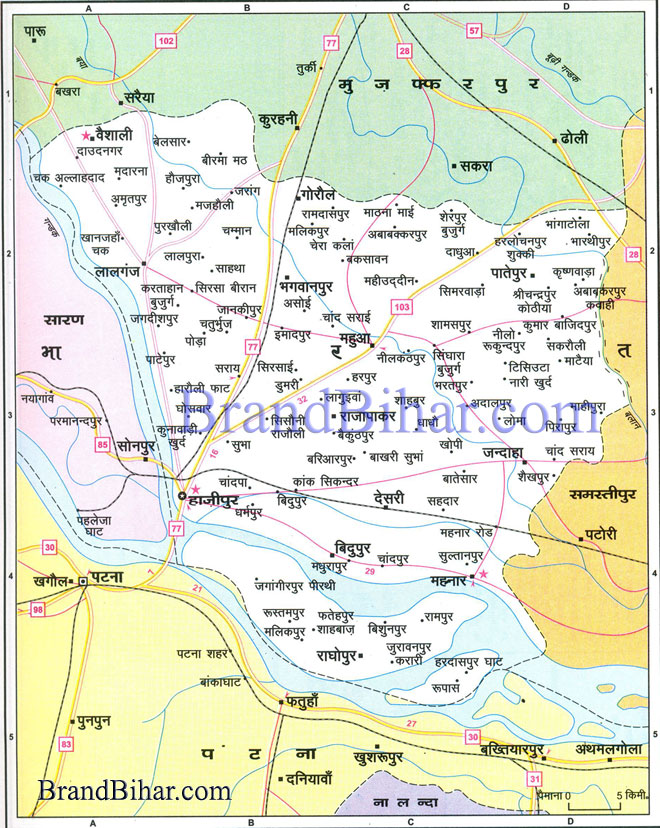 Vaishali district came into existence (Year of formation) in 12/10/1972. Earlier it was a part of Muzaffarpur district. The Vaishali district is a part of Tirhut division and the district headquarters are at Hajipur town. Agriculture is the main activity and banana, paddy, wheat, maize and lentils are the major crops. The district is bounded by the district Muzaffarpur in the north, district Samastipur in the east and by river Ganga in south and river Gandak in west.

How to reach Vaishali

The nearest airport is Patna (70 Kms).

Places of interest in Vaishali

Emperor Ashoka built The Lion Pillar at Kolhua. It is made of a highly polished single piece of red sandstone, surmounted by a bell shaped capital, 18.3 m high. A life-size figure of a lion is placed on top of the pillar. There is a small tank here known as Ramkund. This pillar beside a brick stupa at Kolhua commemorates Buddha's last sermon.

The exterior of this stupa which is now in a dilapidated condition has a plain surface. One eighth of the sacred ashes of the lord Buddha were enshrined here in a stone casket.

Excavation at this site in 1958 led to the discovery of another casket containing the ashes of the Lord Buddha.

It contains water that was believed to be sacred in the old days. All of Vaishali's elected representative were anointed here before their swearing in. The Lichchavi stupa was located near here.The stone casket of the sacred ashes of Lord Buddha were enshrined here in Vaishali.

A huge mound with a circumference about one Kilometer and walls nearly 2 m high with a 43m wide moat around them, is said to be the ancient parliament house. Over seven thousand representatives of the federal assembly gathered here to legislate and discuss the problems of the day.

On the south bank of the coronation tank, built by Buddha Vihar Society. 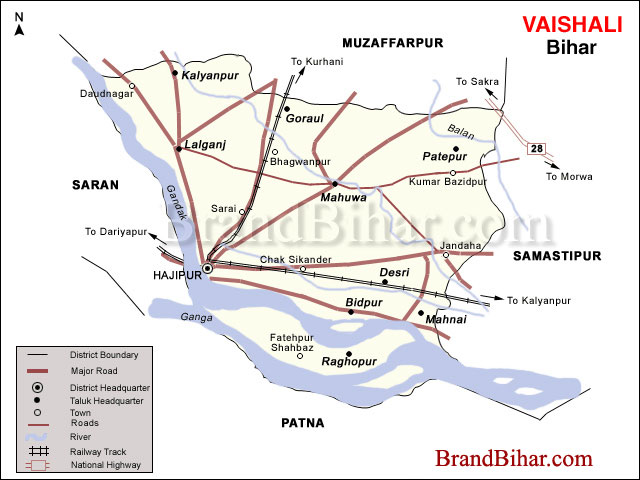