Aurangabad is a city and a municipality in Aurangabad district in the state of Bihar, India. Aurangabad is situated on the Grand Trunk Road. The people of this region primarily speak Magahi. Due to lack of industrialization, people are still mainly dependent upon agriculture and related activities. Rice and wheat are the main crops produced here.

Places of interest in Aurangabad

This fort is situated on the eastern bank of the Sone River and was founded by Dhaud Khan, a Governor of Bihar under Aurangzeb in the 17th of Palamu fort from the Cheros; and it is said that while back from this conquest he camped here and founded the town known after him. The surrounding area was also granted to him as a Jagir by the emperor. Early in the 18th century Buchanan saw it as a flourishing town with cloth and opium factories. The sarai built by Daud Khan was, perhaps really meant to be a stronghold; for it was well fortified with a battlemented wall, two large gates and a moat all around. It was called as a sarai probably to avoid jealousy of the Government. The sarai was in good condition till a few years before 1896; for the Bengal list says that the gates were regularly shut every night. Ahmad Khan, grandson of Dhaud Khan, fortified the town which was then named as Ghausipur. The town also contains an old mosque and another sarai built by Ahmad Khan, which had mud gates. In the outlying part of the town called Ahmadganj is the tomb of Ahmad Khan. Obra a small town of population appx 30000 is the Block headquarter of Obra block. It is 16 km from Aurangabad situated on NH-98. The place is world famous for its Kaleen (Carpets). Tradition of Kaleen weaving since 15th century and currently managed by government, known as Kaleen Udhyog. The main kaleen industry is setup in near by villagae known koriepur. A blanket processing unit is also in working position. Obra the name comes from the word Urwara (fertile), is a big Mandi (market) of Rice.

Obra is also a very holistic place for Hindu for pritipaksh after Gaya. The town is situated on the bank of river Punpun, a holy river.

It is well connected through raillway and roads. NH-2,Grant Trunk(G.T.)Road is just 16 km away and NH-98 is passes through the town. In the same way Delhi-Howra Grand Chord section is also passes through and the near by station is Anuhgrah Narayan Road just 4 km away. More than 3 dozens of trains stop there and connect Obra with rest of the India. 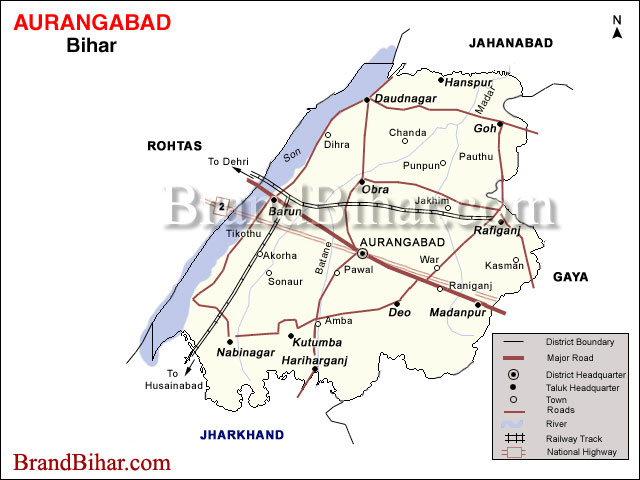