Mau(Mau nath Bhanjan) is situated on the fertile plains of the Ganges–Ghaghara doab. It lies between 83° 17’ to 84° 52' East & 24° 47' to 26°17' North. At its north, Ghaghara river is on the border, Ghazipur district is on the south, Ballia district is on the east & Azamgarh district is on the west side. This district represents geographical characteristics of mid Gangetic plain. "Khachari" and "Khadar" are types of soil found in the areas of north of Azamgarh - Ballia Road. In some high places "Bangar" soil is also found. In the southern part of the district, river flow is absent, due to which that area has Bangar type of soil, which is not fertile. The river system of the district is dominated by the Tons River and its tributary Choti Sarju. The Ghaghara River forms the northern border of the district.

The main means of irrigation in the district are tubewells. Ponds are used mainly for fishing and bird sanctuary purposes. In Mau "Pakari Piua" pond have 1.7 km breadth width="50" and 32 km length. It also has two big ponds (Tal)one Ratoy tal near Madhuban and Garha tal near Ratanpura. But no any techncal insitute no any science college this is big issue for mau people . pls see about mau, Ground water can be obtained from 15 to 20 meters depth. Ground water is used for drinking purposes. Farmers use tubewell for irrigation purposes. Ghosi is the main town of mau district. sarvodaya inter college is a famous college in the city many professionals are the alumni of the college. Opposite to sarvodaya is Adam Public Convent School, one of the oldest English medium school of the area established by the family of earstwhile zamindars of ghosi. This school was founded around 30 years back and has produced a number of successful professionals of different fields. Most remarkably the founders of this school have free of cost educated a large number children who could not afford to pay. Rajesh Kumar a reknowed professional in sugar & alcohol industry also belongs to the district.in medical field it has second position after varanasi.here so many specialist in particularised body part.in such way FATIMA hospital is a live example for people. 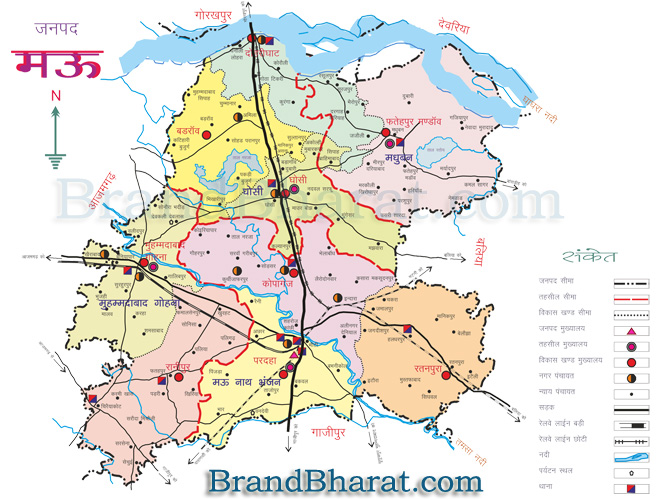 Aarea of the Mau district is 1716 sq. Km., out of which 1sq. km Dense, 15 sq km moderately desne, 17 sq. km open forest. Total 1.92% area is covered by forest in Mau Districts of Uttar Pradesh. There are following type of tree available in this forest, some are Aam,Sisam, Mahua,Babul, Nim, Ukliptus & Plas etc. district mau is very less cover area of forest.

Mau is industrial town of eastern UP. After demise of textile industry of Banares and Mubarakpur, Mau stands as one of the last bastion of textile hubs of UP. A 1998-99 survey of Ministry of Small and Medium Enterprises (MSME) puts number of powerlooms at 58,381. This industry employs low skilled workers, who mainly come from traditional weaving families. Main products are Sarees, however lungis,dhotis,towels, etc are also produced in small quantities. The products are mainly marketed in south India and Maharashtra, as well as exported to Bangladesh,Srilanka and China.

There are speculations that this huge industry will benefit if GI is awarded to Mau as well as if clusters (of powerlooms, resembling modern industry) are encouraged. But as of date only one clustur has been identified as Palki Industries Pvt. Ltd. with 4100 units as per MSME survey of 2012. Mau also contains three small industrial areas in Sajopur, Shahadatpura and Ghosi.

Mau leads fairly well in terms of basic literacy, thanks to extensive network of Madrasas in Mau. The literacy rate of Mau district is 75.16% as per 2011 census (which is higher than national average). Male literacy rate stands at whooping 84.61% while female literacy is 65.59%.

The literacy rate of Mau is quite high as compared to other areas of eastern UP, but it lags in higher education. One statistics shows that only 3% of people complete graduation. Several organizations are currently working to spread higher education in Mau, most notably Global Education and Career Guidance, Scholar Foundation, Aligarh Old Boys Association, etc.

In Ghosi Huzur Sadrussharia is famous for islamic religion distance near about 20 km from Mau. There is a famous madarsa also, named Amjadia . A village in Mau called Sonadih is famous for dhieru's way of studying in Baba Thanidas Ji Temple. Shitala mata Dham and vandevi are two important temples in Mau. Shitla Mata Dham is located near State Highway 34; beside Mirzahadipura of this city. This Temple is one of the oldest temple in the city. Many God and Goddesses of Hindu mythology are found in this temple including Lord Shiva, Lord Ganesha, Mata Parvati, Lord Hanuman. This temple is managed by 'Shitla Mata Samiti, and Shri Ram Bhakta Mandal Mau'. A small pond is present which full-fills the requirements in holy prayers, and mostly, makes this place the most attractive one. Priests of this temple believe that by the last twenty generation, no one is sure about the age of the temple but formally they believe that it is about 2,000 years old. In the holy month of Navratri (occurring twice a year), thousand and thousand of people, from different part of the country, visit this ancient temple to worship Goddess Shitala. Religious village Bagli is also a great place for inspiration.