Buxar is a small city in the state of Bihar in the Eastern part of India. Buxar District is located on the banks of river Ganges. A road bridge over Ganges connects Buxar with Ballia District in the neighboring state Uttar Pradesh. The town is connected to the state capital Patna by rail and road routes. The Buxar railway station is a major station. Many major trains pass through the station due to its strategic location. The language spoken is Bhojpuri and the script is Devanagari. Substantial proportion of trade activities are with well connected towns and cities in Uttar Pradesh such as Varanasi, Ballia and Ghazipur. 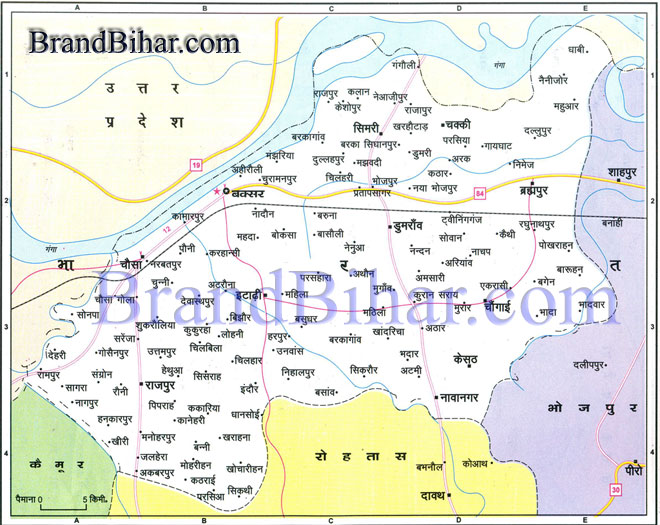 Agriculture is the main occupation of the majority of the people of this district. One major canal passing through this district has been the source of irrigation for the farmers along with its subsidiary channels. However, over time it has not been receiving the due care and maintenance that it needs and hence, it has become a less reliable source of irrigation, particularly, at the lower end of it. The farmers are engaged in growing rice, wheat, sugarcane, potato, jowar, bajra, maize, sunflower and all varieties of green vegetables. The district is abundant with mango trees. The district has various banks which provide loans to farmers.

Places of interest in Buxar

Madhushrava - The place of Chyavana Rishi who rejuvenation through a special herbal paste known as Chyawanprash, which was first prepared for him some 10,000 years ago, at his Madhushrava Ashram . There is a very old temple of lord Shiva Situated on the bank of a big pond.

Pantit - The leg print of Lord Vishnu is situated at Pantit. At Pantit Lord Vishnu had put his leg in His Vamna Avtar. Places of interest in Buxar